I just finished reading an article on the Farm Wars web site ( http://farmwars.info/?p=12646 )  by Barbara Peterson titled “Agenda 21 Takeover in Klamath Basin”in Oregon. (FULL ARTICLE below my comment)  My response to Ms. Peterson and the affected farmers is:

Stop whining !!!! Do something!

Is ANYONE else sick and tired of WHINERS like Ms. Peterson and these farmers? If you do not like it, then WHY DON’T YOU DO SOMETHING? YOU, personally!

No, NOT just writing articles. I mean, REAL ACTION. Do NOT file income tax returns. Do NOT pay your property taxes, car insurance, mortgage payments, health insurance, credit card bills, electric and other utility bills, etc. NOTHING !!! Pay ONLY those bills where money is owed to an independent, LOCAL business. Close all your bank accounts, cut up all your credit cards and sell all your mutual funds. Buy gold, silver and other commodities that you can keep in your possession. Pay only CASH for all purchases; and buy only LOCAL – NO purchases at all from chain stores! Demand payment for your work in physical gold and silver; or in other tangible goods or services.

If you need CREDIT, then arrange that credit LOCALLY with the business from which you are making the purchases; and eliminate the middle-man banks. And if your neighbor needs credit, do the same for him.

What would your ANCESTORS, who first settled the Klamath Basin, say regarding your passivity? And over a stupid FISH considered a pest and unfit to eat! Just WHO gave the federal and state governments the right to control you and your land? Just WHO gave them the right to control how the people use water? In many areas of America it is now “illegal” to collect and use RAIN WATER!!! This is pure INSANITY. Is this true “consent of the governed”? What NATURAL RIGHTS could be MORE BASIC than to man than the right to use water and the right to grow food? “When governments fear the people there is liberty. When the people fear the government there is tyranny.” – Thomas Jefferson

Some have argued that it is best to “compromise”; otherwise you risk “losing it all.” The fact is: you have ALREADY lost it all – for yourselves, your children and your grandchildren – unless you stop these abuses by governments. “Rightful liberty is unobstructed action according to our will within limits drawn around us by the equal rights of others. I do not add ‘within the law,’ because law is often but the tyrant’s will, and always so when it violates the rights of the individual.” – Thomas Jefferson
How does one fight back? First, DISOBEDIENCE. Refuse all cooperation with governments, the banks and the giant corporations. Support your NEIGHBORS – no one else. And if it becomes necessary, by using armed FORCE. The truth in any society is that “rights” granted to you by someone else are NOT true rights – they are merely “privileges” to be taken away on a whim. History has proved repeatedly that no one keeps ANY rights for very long unless he is willing to FIGHT for those rights.

“No man is good enough to govern another man without that other’s consent. Any people anywhere, being inclined and having the power, have the right to rise up and shake off the existing government, and form a new one that suits them better. This is a most valuable, a most sacred right — a right which we hope and believe is to liberate the world. Nor is this right confined to cases in which the whole people of an existing government may choose to exercise it. Any portion of such people, that can, may revolutionize, and make their own of so much of the territory as they inhabit.” – Abraham Lincoln [1848]

Be the FIRST!!!! Stop WAITING for others to lead the way, for God’s sake! There are NO natural-born leaders; there are only men like yourselves! Grow some BALLS! 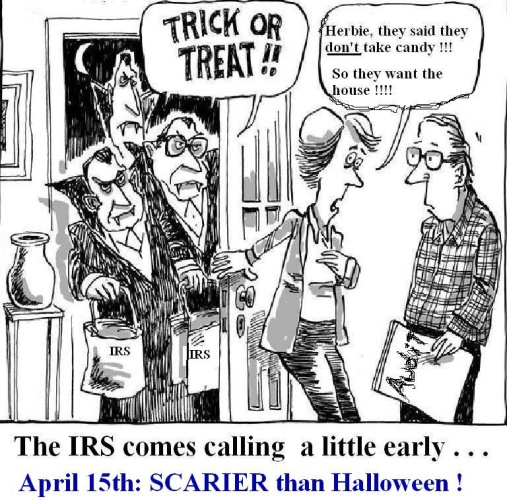 Agenda 21 is alive and well in Klamath County, Oregon. Klamath Basin farmers are feeling the wrath of the Klamath Tribes in collusion with the Federal and Oregon state governments. Water is now basically off limits to ranchers unless they get approval from the tribes, and approvals are few and far between.

In April of 2001, the greatest water theft in history took place in the Klamath Falls Basin. This theft was conducted by the Federal government on the pretense of saving the “endangered” sucker fish for the Klamath Tribes. After speaking to a member of a tribe who was not in agreement with this theft, I found that the sucker fish is not one that the tribe normally eats, but instead, is used as bait because it is unpalatable. The sucker fish also requires low water levels, not more water as the Federal government states. This “endangered” sucker fish was also considered a pest in the 1960s:

What happened in 2001 resulted in family farms going dry, and people going bankrupt and losing their homes. Dry fields could be seen for miles while driving down the road. The farmers that survived the crisis got water, but the dispute is still going on. It is not over by a long shot. The Klamath Tribes council is calling for almost all of the Klamath Basin water to be under their direction even though there is no tribal reservation, and the Federal government is backing the plan.

Maxine Kizer and her neighbors have been minding their own business tending their farms and ranches for generations. Now the Federal government and the local Indian Tribes have decided they need all the water because they intend to “reserve” the water for hunting and fishing rights for the now non existent Indian reservation, which was created 140 years ago. Never mind the fact that both the Indian Tribe and the Federal government actually aggressively promoted the development of irrigated agriculture in this 140 year interim. Armed with millions of our tax dollars they have now set out to destroy Maxine and her neighbor’s life. But it is not just Maxine’s American dream at stake, if they are successful here, Indian Tribes across the country will be able to demand all the water, even threatening municipal supplies for our cities.

The success of this plan spells disaster for not only the Klamath Basin family farmers, but for all family farmers, as it will be a precedent. Without locally grown produce and animal feed, we will be even more dependent on imported food at a much higher price. This will also open the door for multinational corporations to infiltrate our agricultural community with more GMO products – drought resistant, no doubt.

FORT KLAMATH, Ore. ­— Many ranchers in Oregon’s Upper Klamath Basin appear to grudgingly accept a water-sharing settlement between irrigators and the Klamath Tribes that was finalized earlier this month.

Rancher Roger Nicholson, a harsh critic of water calls by the tribes and federal government that led to a shutoff of Upper Basin irrigation pumps last summer, says the deal is the best that ranchers could hope for and predicts it will be agreed to by a vast majority of affected landowners.

“This at least allows some usage, and in some years quite a bit of usage probably,” said Nicholson, who was involved in the talks. “The only other alternative is years more of litigation.”

The talks came after a court last year granted the tribes senior water rights in the Sycan, Wood and Williamson river watersheds draining into Upper Klamath Lake, where the tribes say a decline in sucker fish populations has threatened their livelihoods and traditions.

The pact that the parties have been ironing out since late December includes various restoration projects, stipulated in-stream flows and the permanent retirement of 30,000 acre-feet of water for restoring fisheries. Nicholson said landowners won a key concession in that they’ll be compensated for land they can’t use as a result of the deal.

If approved by ranchers and tribal members, the pact will be included in legislation by U.S. Sen. Ron Wyden, D-Ore., to authorize and fund the Klamath Basin Restoration Agreement and a companion measure to remove four dams from the Klamath River.

To be certain, opposition to the Upper Basin agreement persists. Jerry Jones, who operates a small ranch south of Chiloquin, Ore., believes the agreement could spark new legal battles.

“It does away with our private property rights,” he said.

Bruce Topham, a rancher in the Sprague River Valley, said he’s unsure whether he’ll sign the agreement. He objects to the amount of land that ranchers would have to put in easements – 130 feet on each side of a river or stream, he said.

“We basically aren’t allowed to use it,” Topham said. “In our case, it’s a lot of acres … You’re controlled on what you can do on your own land.”

But rancher Becky Hyde, a vocal KBRA supporter who was involved in the Upper Basin negotiations, said most landowners realize that “everyone needs to bring their log to the fire so we can make this thing work,” and that more participation means more water.

“We know what the alternative to settlement looked like because we lived through it last year,” Hyde said. “I think we have more momentum toward a settlement than we’ve ever had.

“The thing about it is it also deals with our endangered species issues to the best of their ability under the law,” she said. “Frankly some of us are pretty interested in that part of it for protection. We’ll see how it goes. I think right now it’s just an important time for folks to understand what it means for them.”

Nicholson believes this is the landowners’ last chance to achieve a settlement over water.

“I’ve been involved in several other attempts to settle it, and this probably is the last one,” he said. “If this isn’t settled now, it will go into litigation for a long, long time.”

The grinding down of our farmers has taken 14 long years, but now the Agenda 21 plan is about to bear fruit, and Klamath Basin is the prize. Surviving ranchers are being threatened with a complete water shutoff.

The State recently told us that they are going to shut off all of the surface water above Klamath Lake again this year. Considering how dry it has been this winter that is understandable. What most people do not know is that Oregon Water Resources Department (OWRD) has decided that it will also shut off most of the wells above Klamath Lake.

In other words, sign and get a little bit of water, or don’t sign and we will keep you in litigation and shut off your water until you dry up and go away. Strongarm tactics, pure and simple.

But just what else do the tribes get out of all this, besides complete control over nearly all water?

A $40 million economic development package for the Tribes to fund a timber mill and other related activities so they can harvest timber on the 92,000-acre Mazama Forest and grow its economic base. The Tribes also would receive $1 million a year for five years from the Department of Interior to address tribal transition needs beginning this year.

Looks like a pretty hefty bribe to me. But wait, there’s more…

Stated goal of the Klamath Tribes according to a Klamath Tribal Economic Revitalization document:

Without water, this land will sell for pennies on the dollar, and residents of the basin can expect a proverbial knock on the door and ‘offer to buy’ for a criminally low price.

But that’s not the end of it. When the ranching industry in this area is destroyed for the sake of a few million bucks, the feds will do to the tribes exactly what they have done to the Indian nations for years… destroy them too… again. Welcome to an Agenda 21 in your face takeover, courtesy of your corrupt tribal, state and federal governments acting as agents of the United Nations Agenda 21 population control program.